The greatness of a nation and its moral progress can be judged by the way its animals are treated.

The shelter was founded in 2005 with the inclusion of Nada Milašević, who came to help the shelter in Batajnica, about which she heard when she was watching the Serbian state television morning show of. In the shelter were about 50 dogs that lived in very bad conditions, without the appropriate kennels, houses, or adequate care…despite the true care of two women who did everything that they could. When she realized what is happening, they started constructing, with the personal funds of Nada, 50 kennels for dogs and a cattery, although then were only a few cats in the shelter. Mr. Dejan Nikolić helped Nada financially and with the organization, and a little later Dragan Ćusić. The aggravating circumstance was that on the lot was no infrastructure, no electricity, no water, no road… practically nothing. How it often happens, there were very quickly 176 dogs and 20 cats. People were bringing us animals, we were also saving animals from the streets and the dogcatchers. For all this time the number of animals in the shelter, dogs and cats, was about 100-200 animals. We financed everything about the shelter all alone- the food for the cats and dogs, the veterinarian's services- sterilization, chipping of the animals, treatments of the animals, making of the kennels and the houses for the dogs, bringing the electricity through solar panels, making a road to the shelter, drilling a well, different repairmen... We sold what we could so that we could keep up with this big number of animals. The moneylenders made capital out of us... Maybe it's time for someone to help us... For more than 15 years the shelter is financed exclusively from the bookstore “Pismo” whose founder and owner is Nada Milašević. 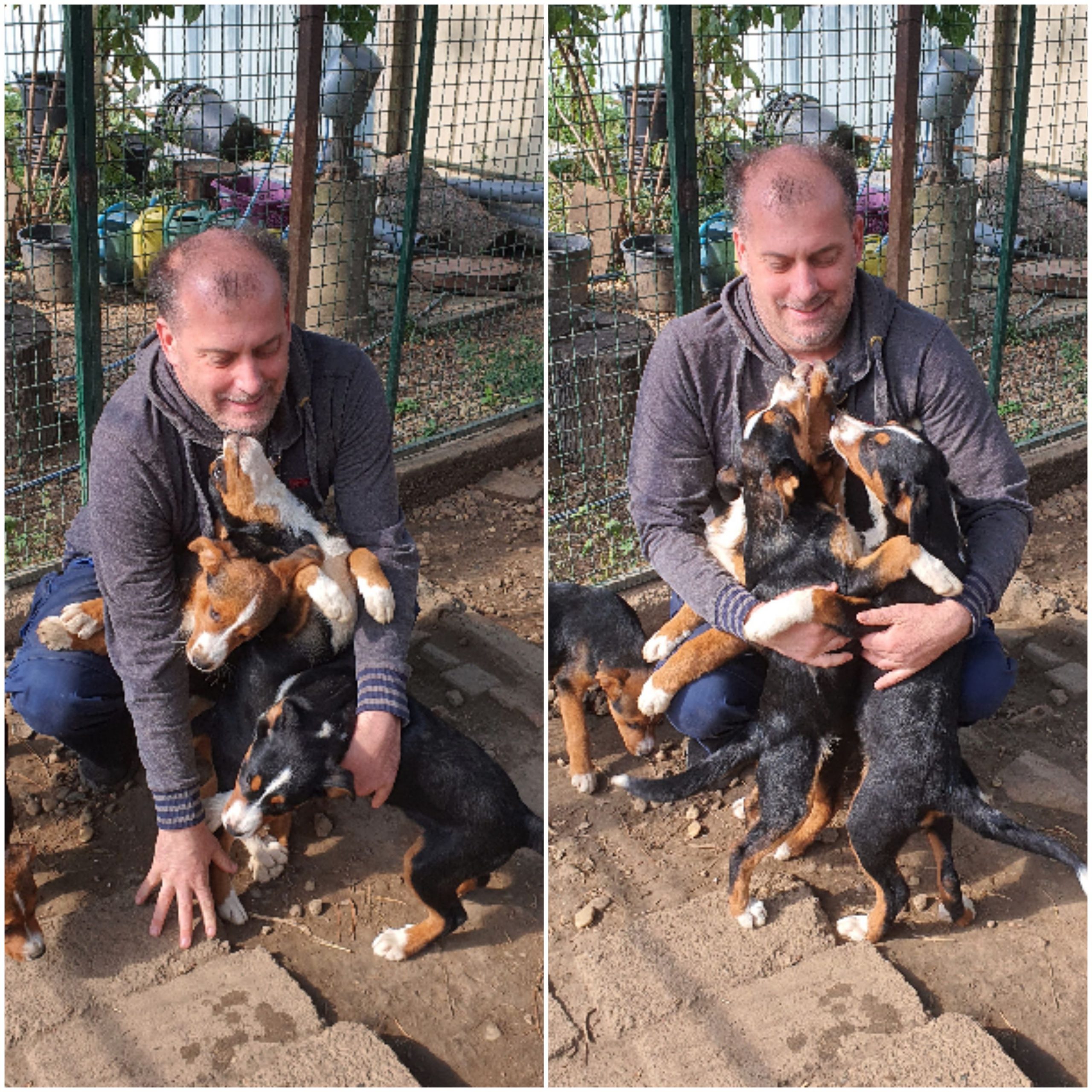 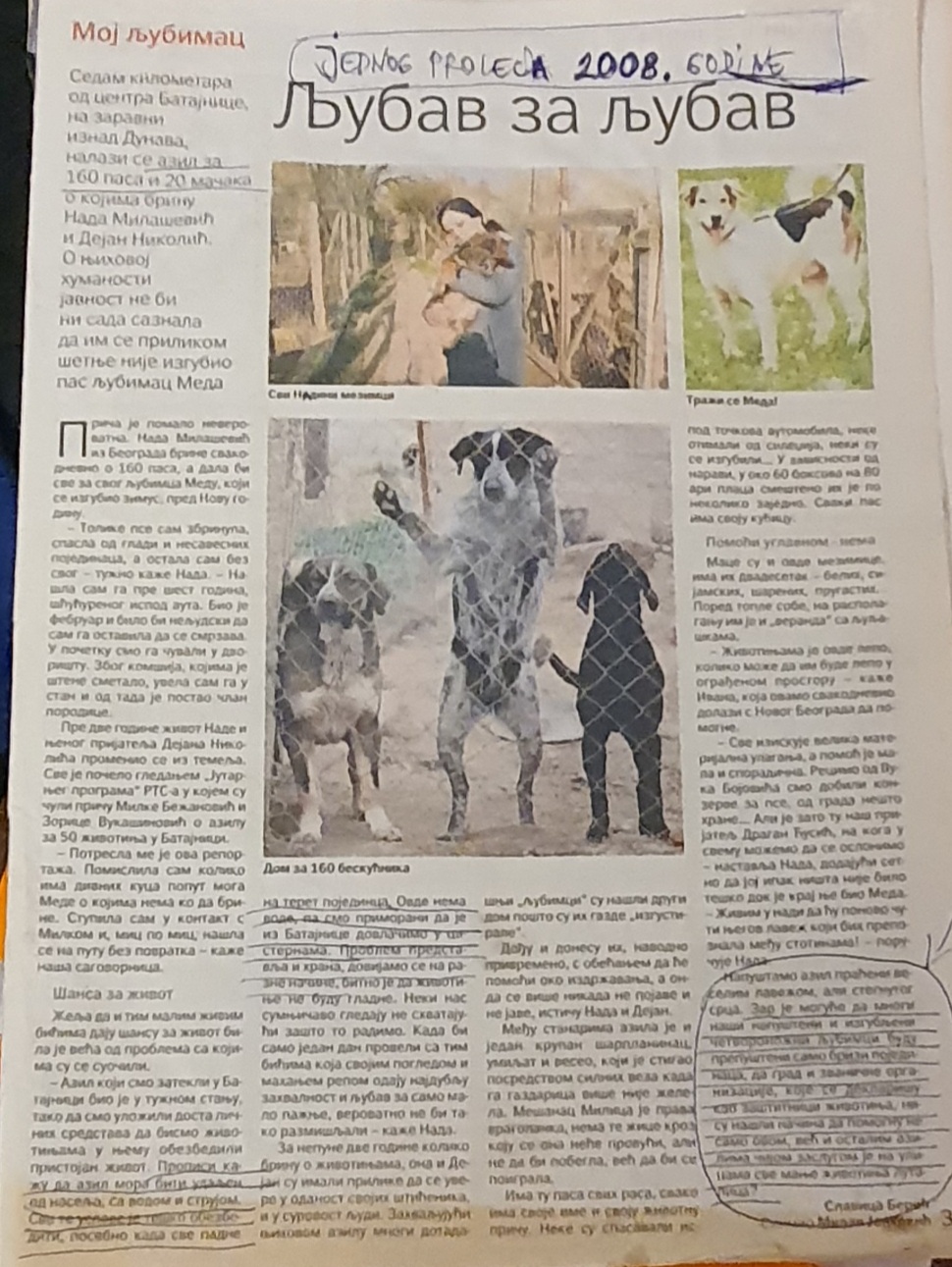 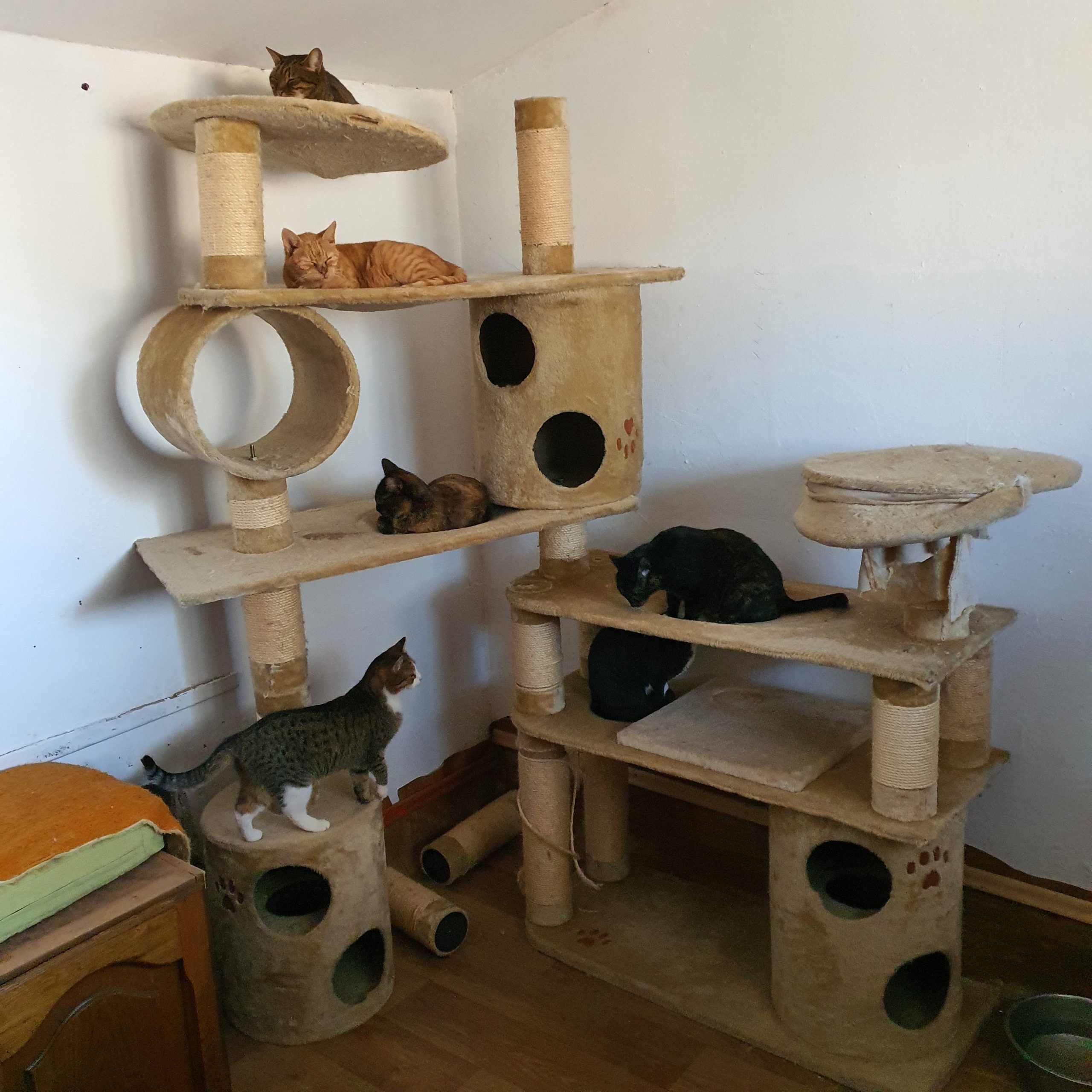 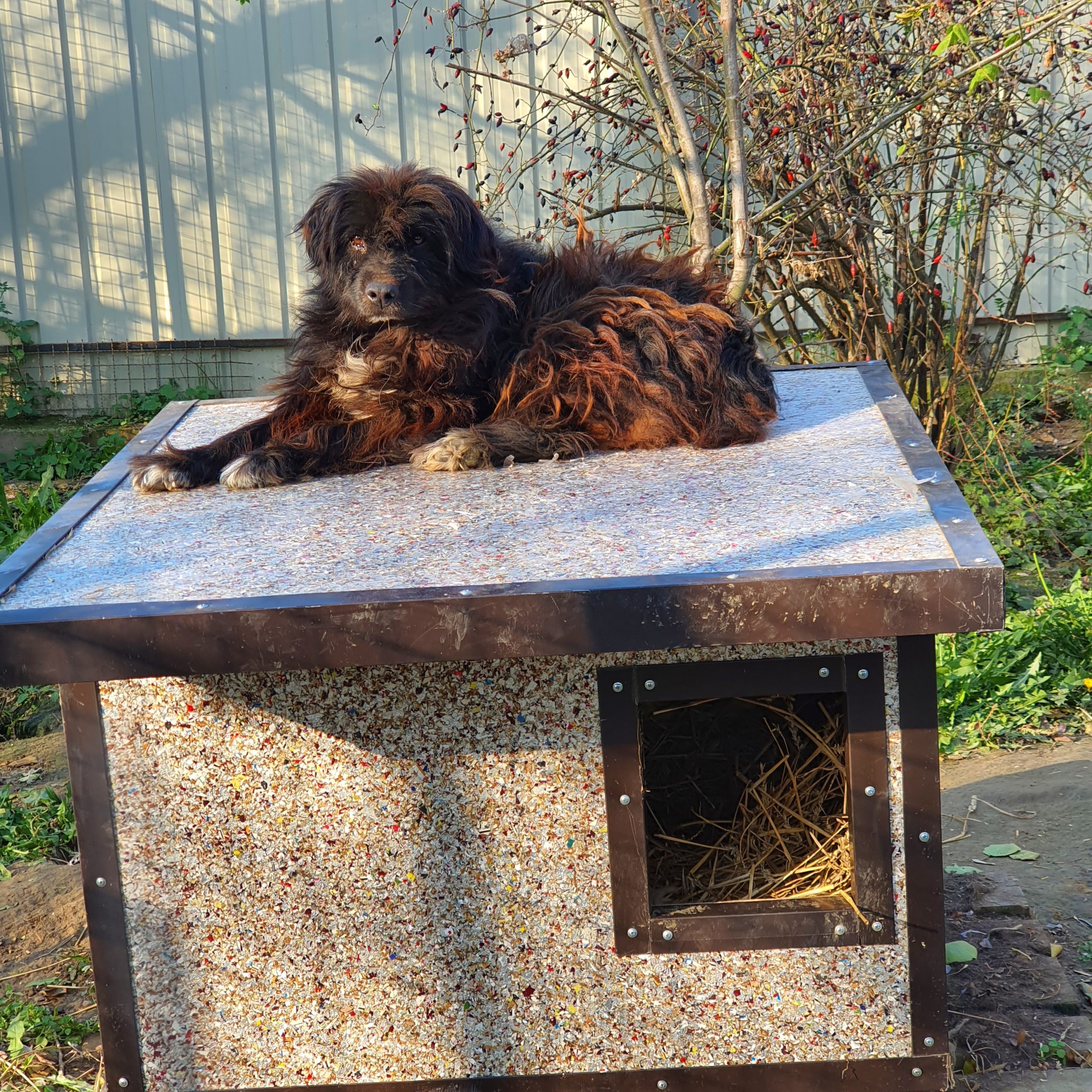